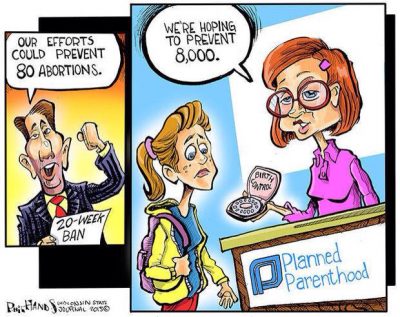 We need to get the abortion rate as low as we possibly can, using the most effective methods.

No society has ever eliminated all abortion, but some places have have cut one third or one fourth of our abortion rate.  They do it by focusing on nonviolent and voluntary abortion reduction (not by attempted elimination though criminalization).  And they use approaches that have repeatedly been demonstrated to work.

The most important approaches that work are not very expensive.  Actually, in the long run they will save taxpayers a lot of money.  They include:
–free contraceptives.  Colorado recently reduced abortion by 40% by providing free contraceptives.
–scientific sex education for teenagers.  Young women and men can’t avoid pregnancy if they don’t know the truth.
–comprehensive and free reproductive services for pregnant women.
–and get policing entirely out of health care and social services.  Many women will not get the help they need if they cannot trust their helping professionals.

If we were willing to spend more money, we could eliminate even more abortions by providing comprehensive support and social services for pregnant women, and especially for women who choose to keep their babies.  If we remove economic hardships, lots of women would prefer to keep their babies.

I know it’s hard for many people to believe, but criminalizing abortion simply doesn’t work.  You cannot prevent black market abortions.  Nowadays you can buy abortion drugs anywhere in the world for just a few dollars.  Also, driving women away from legitimate doctors keeps many women from getting the contraceptive services they need.  All countries that criminalize abortion have relatively high abortion rates. There are no exceptions.
Let’s reduce abortion as much as is humanly possible. But if you try to eliminate all abortion by law, it will just blow up in your face.

I have some predictions about nonviolent abortion reduction rhetoric in political campaigns.
1. It will work. Not everywhere, but in a lot of places.  It will take the steam out the sails of the criminalizers because it is truthful and because it directly addresses the repulsion most people feel in at least some degree towards abortion.
2. The antiabortionists know it will work.  Therefore right-wing money will flood into districts where abortion reduction seems to catch on.
3. If pro-choice and feminists groups do not respond with competing financial support, abortion reduction campaigns will not be very effective.