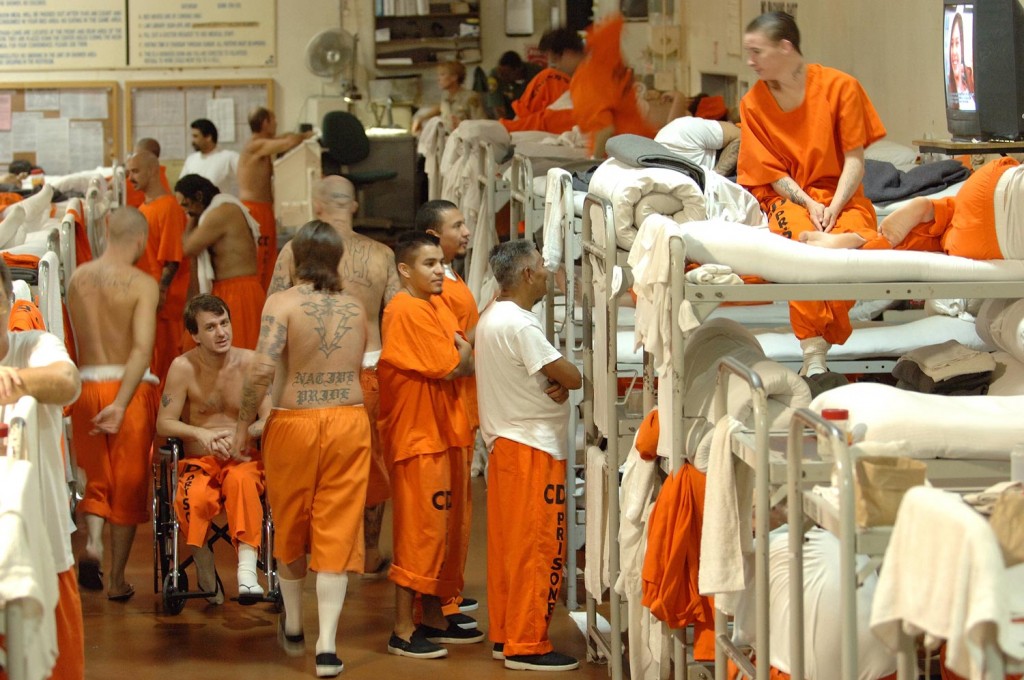 Private prisons are the most extreme example of privatization as a thoroughly vicious and dishonest ideological/exploitative scam.

The ideology of privatization claims that:

So let’s assume everything works almost perfectly and the public authorities (selected by a market in votes, as it happens) are not taking kickbacks or campaign contributions. Nevertheless the prison contract is going to go to the lowest bidder, because the voters were promised lower taxes. That contractor is seeking to maximize profits, which he does by providing the most substandard conditions and the most underqualified underpayed prison workers as he can get away with. So the state inherits the expensive job of monitoring private prisons. But it’s not doing too much monitoring, since the whole point is lower taxes.
Meanwhile the contractor has an incentive to maximize the prison population. He does that by opposing early release and opposing rehabilitation at every step.

So his profits depend on producing inmates who come out more depraved and vicious than they went in.