In civil law the standard of proof is “preponderance of evidence.” Based on that standard, the Koch brothers should pay for the tort of helping cause the Great Kansas Wildfire, the first major climate change wildfire in the Midwest. 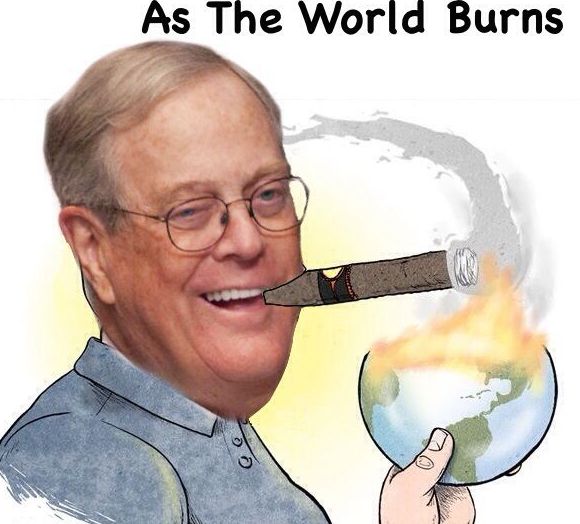 More immediately, the wildfire was caused by prolonged drought and high winds, but both symptoms were made far more likely by climate change—which in turn is what the Koch brothers will be most remembered for having caused, provided enough human civilization survives to write a history of our times.