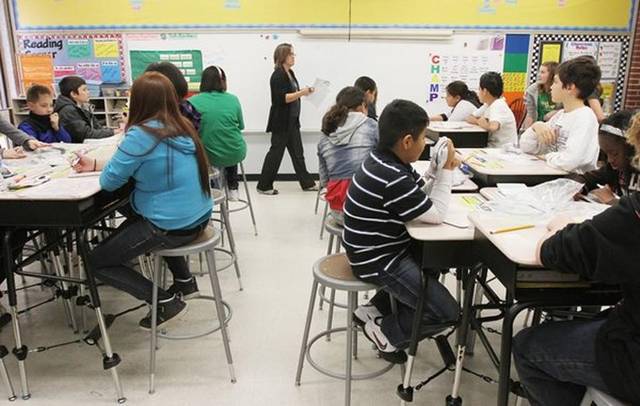 No telling what people mean when they oppose “Common Core Standards.” The term has 3 precise meanings plus at least 3 more vague meanings.
Precise meanings:
1. Original meaning: document from an interstate Governor’s commission listing the things you ought to know in core courses by grade level. (A good and much needed thing, especially when kids move across state lines. However it needs to be studied scientifically, and it probably sets the levels too high.)
2. Several different CCS cirricula (i.e. teacher’s plans) of varying quality have been developed. None have been studied scientifically.
3. Nation-wide objective tests that purpose to measure success of teaching CCS. None have been studied scientifically. Much of the testing ought to be abolished, in my opinion.
Vague meanings:
a. the national requirements that students be tested.
b. the national requirements that teachers and schools be evaluated based on student tests.
c.national control over educational practices as such.
None of these policies have been studied directly and scientifically. There is however a lot of indirect scientific evidence that they can’t possibly work.
Personally I wish all three of these things could be rolled back.
The legislative bill is the wrong vehicle. The Kansas Board of Education ought to come up with a plan of resistance that won’t be catastrophic. The effort needs to be nation-wide.